A six-week public consultation on Lowestoft’s Neighbourhood Development Plan is being launched today.

The consultation, which will be open until Tuesday 7th March, is asking members of the public to submit comments on the wide range of policies that have been created to form the plan.  These policies have been strongly influenced by an initial consultation by the Town Council to find out what the people of Lowestoft think is good and bad about Lowestoft.

Alongside the documents being available on the Town Council’s website, two in-person drop-in opportunities to view and comment on the plan have been organised as the Town Council seeks to hear from a wide range of people.  The sessions will take place on Tuesday 7th February, 4pm-6:30pm and Tuesday 21st February, 10am-12noon at Hamilton House, Battery Green Road, Lowestoft, NR32 1DE.

Neighbourhood Development Plans are a powerful tool which are back and informed by local debate and support.  The plan aims to shape the future development and growth of Lowestoft by making a direct contribution to the planning decision-making process whilst also striving to protect our unique heritage and green spaces.

This public consultation, known as the Regulation 14 Consultation, is part of the process of developing the plan before it comes forward for a public referendum.  Residents are encouraged to read the plan and submit any comments on the proposed policies into the Town Council by the 7th March 2023.  The comment submission form is available to download from the Town Council website, with hard copies available at the drop-in sessions. 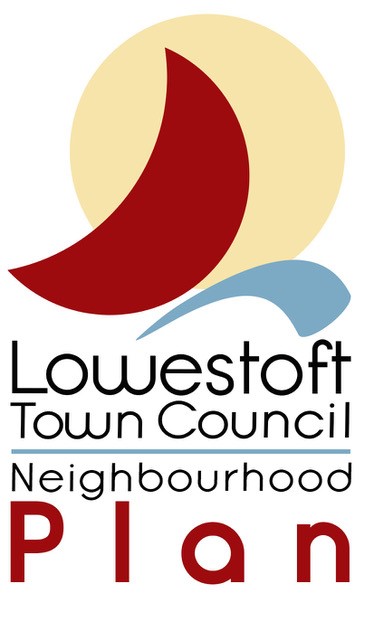 Lowestoft Town Hall Project: What do you think?

The project to bring the Town Hall back into public use has reached a crucial design stage.

The Lowestoft Town Hall project is seeking your views on design proposals.  These have taken on-board many of the comments from the initial public consultation in 2021.

A short presentation on the plans and their justification, alongside a short survey to collect your opinions has been created for people to fill in.

Designs can be viewed in-person on Friday 20th January, 2pm-5pm and Saturday 21st January, 10am-4pm at The Grit: Heritage and Arts Centre with the opportunity for you to ask questions to the architects.

The design document is also available to view online. 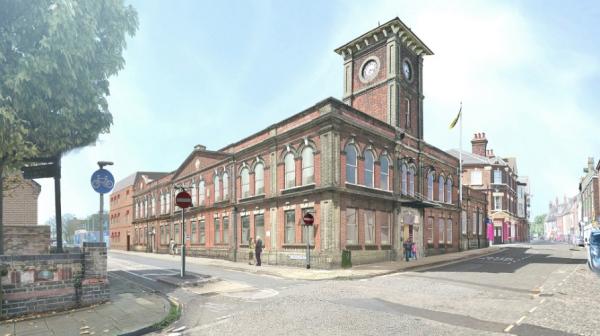 Read more on Lowestoft Town Hall Project: What do you think?

Lowestoft Town Council would like to announce that it will be holding two events to commemorate Holocaust Memorial Day 2023 on Friday 27th January.  All are welcome to attend these events.

The first event will take place inside The Parcels Office, Lowestoft Railway Station at 10am. The theme this year is ‘Ordinary People’ with the Holocaust Memorial Trust highlighting that ordinary people are involved in every level of genocide; from perpetrators to the persecuted, rescuers to bystanders.  This commemorative service will aim to highlight this theme with short readings from local schools and short talks followed by the laying of wreaths.  The Parcels Office is used with kind permission from the Wherry Lines Community Rail Partnership and the Lowestoft Central Project.

The second event will take place at Kensington Gardens at 1:30pm where a new Holocaust Memorial Bench will be unveiled alongside the memorial garden.  The bench, decorated with doves, includes the inscription “Peace is a gift to each other”, which comes from the Holocaust Survivor and Nobel Peace Prize Laureate Elie Wiesel, and recognises the impact we all have in preventing future genocides. 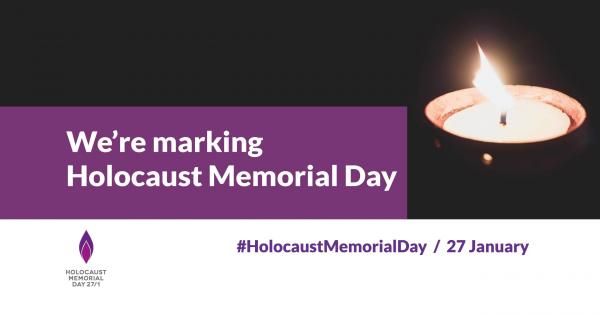 Holocaust Memorial Day takes place annually on 27th January – which is the anniversary of the liberation of concentration camps at Auschwitz-Birkenau, to remember the six million Jewish people that were murdered during the Holocaust. Millions of other people were also killed under the Nazi regime and subsequent acts of genocide around the world, such as in Cambodia, Rwanda, Bosnia and Darfur.

In 1938, the Kindertransport initiative was an organised rescue effort of children from Nazi occupied Germany that commenced in November 1938 after the British Government agreed to allow the temporary admission for up to 10,000 unaccompanied children from Germany, Austria and Czechoslovakia, who were at risk from the Nazis. Over 500 child refugees subsequently arrived at Lowestoft Central Station in December 1938.

Each year, Lowestoft Town Council organises commemoration events for Lowestoft to mark Holocaust Memorial Day and to remember the lives lost and affected by genocides around the world.

The UK Government has introduced a requirement for voters to show photo ID when voting at a polling station at some elections. This new requirement will apply for the first time in England at the local elections on Thursday 4 May 2023.

Which forms of ID can I use to vote?

You may already have a form of photo ID that is acceptable.  You can use any of the following:

For more information on which forms of photo ID will be accepted, visit electoralcommission.org.uk/voterID or call their helpline on 0800 328 0280.

If you don’t have an accepted form photo ID

If you don’t already have an accepted form of photo ID, or you’re not sure whether your photo ID still looks like you, you can apply for a free voter ID document, known as a Voter Authority Certificate. You can apply for this at voter-authority-certificate.service.gov.uk.

Alternatively, you can complete a paper application form and send this to the electoral services team at your local council.

If you need any help with applying for a Voter Authority Certificate or want to request an application form, contact your local council. To find their contact details visit electoralcommission.org.uk/voter.

If you have any questions or would like to find out more, go to electoralcommission.org.uk/voterID, or call their helpline on 0800 328 0280. 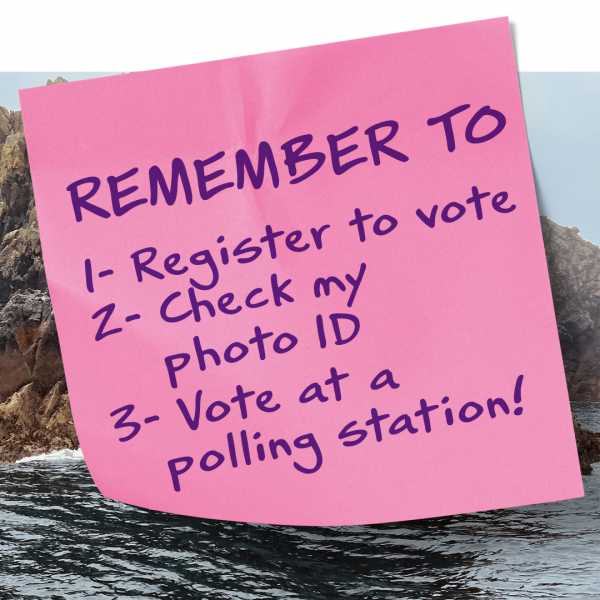 Design Consultations ahead of big 2023 for Town Hall Project

The New Year sees the start of the next important stage of the Lowestoft Town Hall Project as designs are put out for the public to view, and work on securing the next stage of funding begins.

There is an opportunity for members of the public to engage with the Town Hall plans with a chance to see the designs and meet architects from HAT Projects, who are leading the design work, at two public meetings on Friday 20th January 2pm-5pm and Saturday 21st January 10am-4pm at The Grit Arts Centre.  Members of the project team and Councillors will be on hand alongside the architects to answer any questions you have.  The designs will also be available for people to view online and at local libraries and community centres as the project looks to update the public on plans which have been heavily influenced by the public consultation back in 2021.

Alongside the desire for the Town Hall to be the home for Lowestoft Town Council, the initial public consultation also had the majority of replies wanting Lowestoft’s heritage to be celebrated within the Town Hall.  To enable this, the Project Team recently appointed People Landscapes and Buildings Ltd (PLB Ltd) as interpretation consultants to implement a compelling and interactive heritage experience within the planned Heritage Gallery and other areas in the redeveloped Town Hall.  PLB Ltd will be working with Project Team to consult and engage local heritage experts, museums, volunteers, families, schools and communities with the concept designs to inform how they develop.

2022 saw a variety of heritage engagement activities as the project looks to engage with a wide range of people.  Activities have included workshops with the Food In School Holidays sessions to create stained glass Christmas cards inspired by the Town Hall Council Chamber’s stained glass, pottery workshops with Lowestoft Ceramics Studio, and the Memories Bike turning up at a wide range of events from the Great Big Green Weekender in September to the Oulton Broad Everitt Park Trust Christmas event.  The Open Days in October saw over 200 people visit the Town Hall over two days to find out more about the project and the history of the site whilst also getting a chance to see some graffiti artwork, created by YMCA Shine youth groups and local artist Stane.  Some of these pieces will be displayed on the Mariner Street hoardings early in 2023. 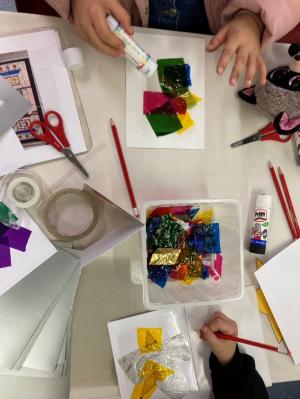 One of the most popular engagement initiatives has been Your Lowestoft Memories in collaboration with Poetry People, with over 100 people attending a one day exhibition at the Parcels Office where further stories were shared.  This initiative has been collecting the stories and memories of the Town Hall and Lowestoft Industries from the people of Lowestoft and the response has been positive. Stories from the Eastern Coachworks Richard’s Shipyard and many other industries have been shared with people bringing along photo albums and one person even bringing along their toolbox.  All the memories will be collated and turned into a video poem which will be premiered in February. 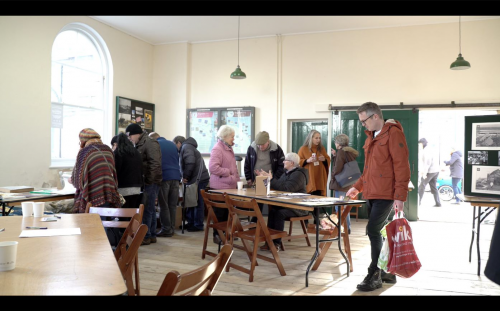 As 2023 begins, plans are already in place for future activities whilst investigative surveys and opening up works at the Town Hall continue to inform the detailed designs.  Amongst the activities, Local Community Artist Genevieve Rudd will be delivering free creative workshops inspired by the Town Hall whilst three students from East Coast College Art and Design course will be curating their own exhibit and taking over the Town Hall project’s social media accounts as the project continues to engage with a wide range of people.

Cllr Alan Green, Mayor of Lowestoft said “2023 is such an important year for the Town Hall project with the next stage of applying for funding taking place in May.  I have been pleased with the amount of engagement and enthusiasm that the people of Lowestoft have for this project.  Your input is vital for the future of this project during this crucial year.”

If the Stage 2 funding is approved, the Town Hall Project Team will continue with their aim of having the Town Hall open in Summer/Autumn 2025.