On Monday 29 January the Mayor, Town Councillors and Friends of Kensington Gardens unveiled a new plaque at the tree planted by Waveney District Council in 2002 to mark Holocaust Memorial Day. The original plaque near the west side entrance to the park had become illegible and in a poor state of repair and the Town Council is pleased to provide a replacement. A wreath of yellow flowers was laid and a silence observed to remembers all those who had lost their lives through genocide.

Next year,2020, will mark 75 years since the liberation of Auschwitz. The Town Council will work with local organisations on events which will recall the role the town played when the Kinder Train arrived at Lowestoft Station and how the people of Lowestoft offered their homes to victims of the Holocaust. 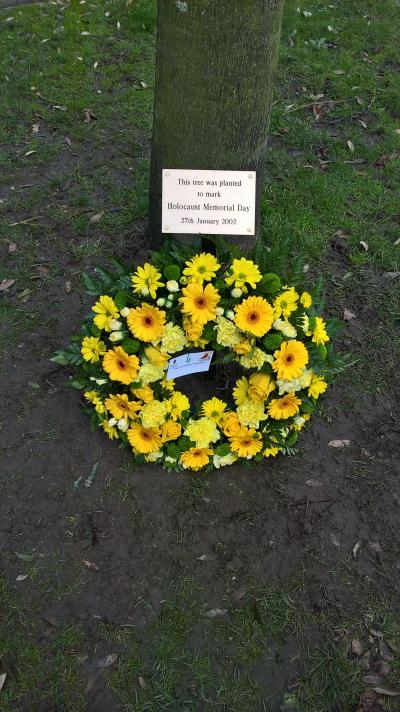 This is a picture of Ness Point on Tuesday 8/1/19 at high tide. The Environment Agency and HM Coastguard Lowestoft are advising people to take care and avoid seafront areas. There are a number of flood warnings and alerts in place in East Suffolk. More information can be found here: https://www.gov.uk/sign-up-for-flood-warnings.