This space holds the unique position as the most easterly park in the UK. The site is accessible for the public to enjoy, with cycling, wheelchair and pedestrian access to the sea wall, Ness Point (the most easterly point in the UK) and the coastal path, a novel play and picnic area for families and a performance stand. Securing the future of the drying racks, which were once used by the fishing industry for the nets in the heyday of the herring trade. The area contains havens for wildlife, unique flora and fauna, and landscapes enriched with history. The Ness improves access, knowledge, participation and enjoyment of North Lowestoft and its unique maritime heritage.

The Ness sits within the boundary of the North Lowestoft Heritage Action Zone, which will bring further funding to the area to uplift North Lowestoft through heritage-led regeneration.

The Town Council is scheduling an official launch with partners, once government restrictions permit, to celebrate the significance of the park and its addition to North Lowestoft.

The Ness has been established next to Birds Eye in Whapload Road to deliver a new gateway to Ness Point. The site was regenerated with £1m secured from the Coastal Community Fund. The location joins the seafront walkway and the most easterly point in the UK. There is an ambition to develop a public artwork at Ness Point, making it a Cardinal Point destination in line with Lands’ End and John O’Groats, which would help to further promote Lowestoft as a tourist destination.  As part of the regeneration, a new "Augmented Reality" app was developed which presents the unique history of The Ness in an interactive way. 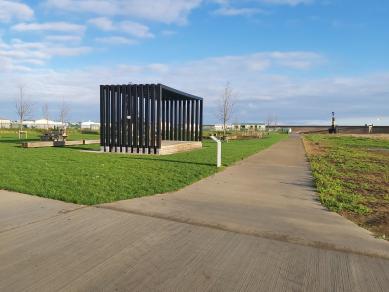 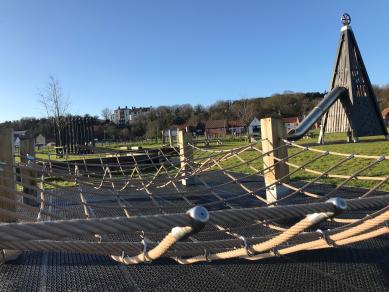 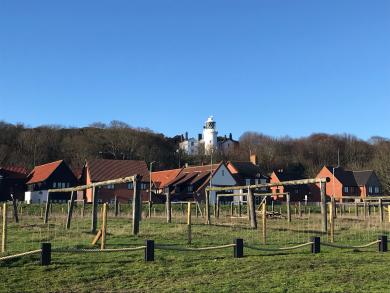 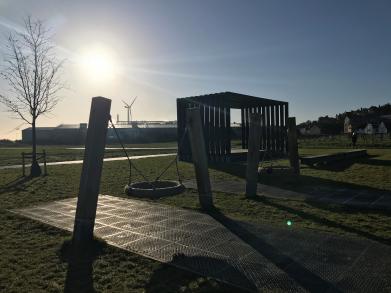 Join in the Lowestoft Mile, a new virtual walking project, funded by the Lowestoft and Northern Parishes Community Partnership; the Lowestoft Mile currently comprises four virtual walks around the local area, filmed using 360 virtual reality and drone footage. Developed by the East Suffolk Communities Team, all the walks are approximately one mile and are designed especially for people who are unable to leave their homes, including elderly people and those with health conditions. However, they are available for everyone to enjoy.

A stunning VR 360 immersive virtual walk from Lowestoft Lighthouse to Ness Point walk, ending in the most easterly point in the UK. Starting at Lowestoft Lighthouse, this walk takes viewers through some of Lowestoft's well-known parks and gardens, including historic Belle Vue and Sparrow’s Nest Park, and featuring the new Ness Park, the most easterly park in the UK. The walk includes information about the parks and their history, as well as two museums, the Lowestoft War Memorial Museum and the Lowestoft Maritime Museum.

Full details of this project are available on the Lowestoft Mile website.

For any further enquiries please contact us via our email: admin@lowestofttowncouncil.gov.uk

About the Project The Ness App