On Saturday 19th November, a new memorial plaque to commemorate the steam drifter "Reclaim" was unveiled in a short ceremony on South Pier.

The event included a welcome from the Mayor of Lowestoft, Cllr Alan Green, an address from Cllr Andy Pearce, prayers from Amanda Wisher from the Fisherman's Mission and closing remarks from Peter Aldous, MP for Waveney.

In the morning of Friday 19 November 1937, having just left the harbour on its way to the fishing grounds, the Steam Drifter “Reclaim” was run down and sunk in a squall by the Steamer “Hurunui”, just a few miles offshore. In total, nine crew members lost their lives during this tragedy – two from Lowestoft, one from Beccles and six from Kessingland – with only one surviving crew member, the cook Samuel Mortishire, from Lowestoft.  Each of these lives, plus the life of the owner of the “Reclaim”, Robert Utting of Kessingland, are commemorated by name on this memorial.  The plaque aims to recognise each of the lost lives as people rather than statistics.

Lowestoft Town Council would like to thank Associated British Ports and the Lowestoft South Pier Management Committee for allowing this memorial to be placed on the Pier, and also LaserUs and Darren Breeze Woodturning for designing, making, and installing the memorial plaque.  Thank you also for LaserUs for the photos. 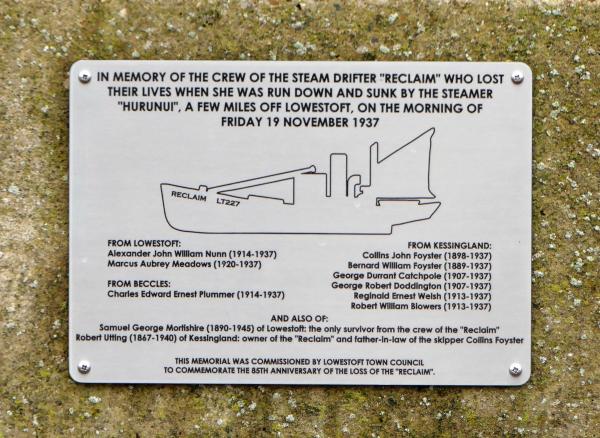 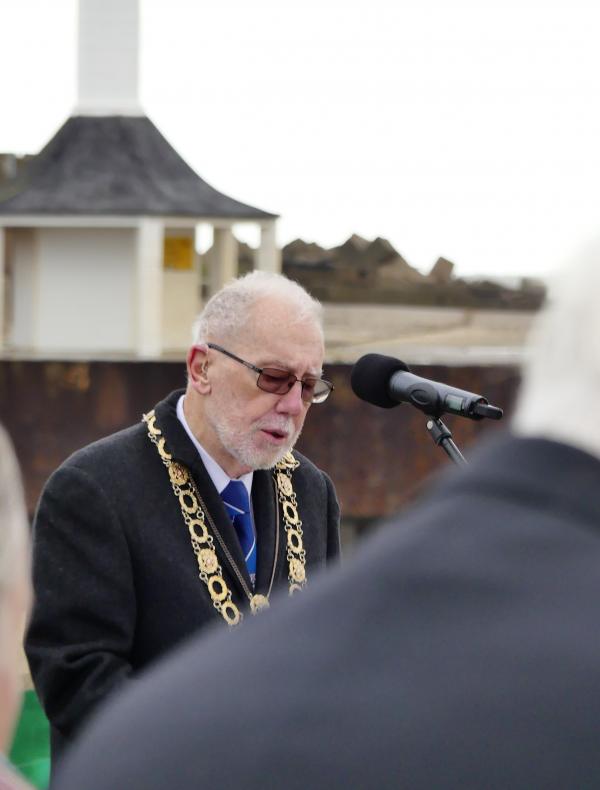 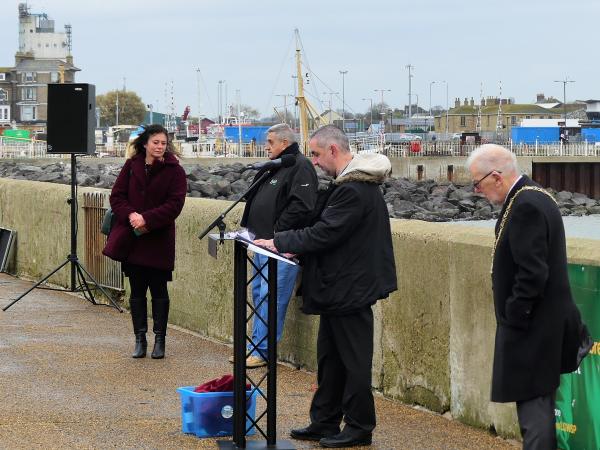 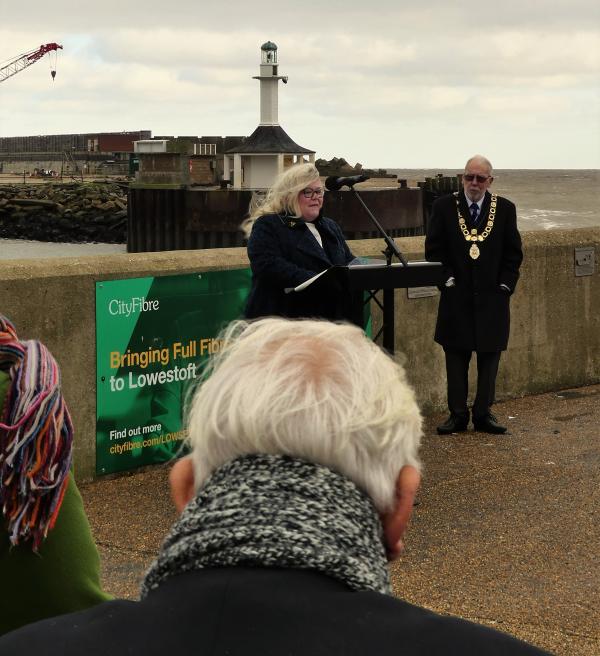 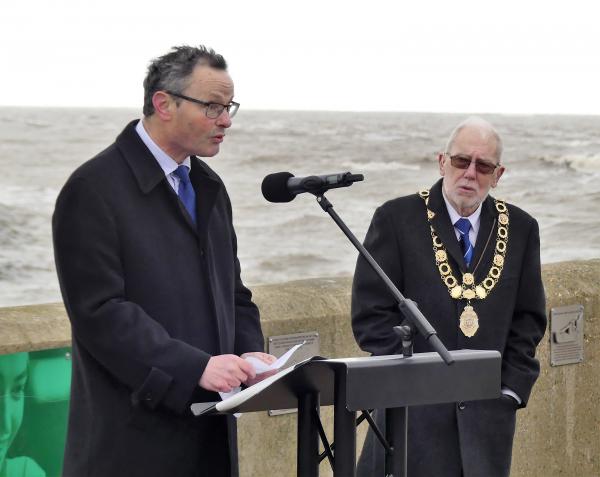