After three long years, friends from Plaisir and Lowestoft were able to meet up again recently. The Plaisirois arrived after their 12 hour long journey to be met by their hosts for the next five days.

Their first day was spent with their families which ended with a show at the Seagull Theatre which had been arranged especially for them. They were entertained by different acts including FABBA and “My Choir Rocks”, which included some of the children that had visited Plaisir on our last Twinning trip.

A visit to Kensington Gardens during its 100 year anniversary was followed by a very interesting visit to the site of the construction of the Gull Wing Bridge; they had a presentation and afterwards were shown the site.  Visits were also made to Sutton Hoo where a guide explained that the Saxon word Hoo is believed to mean a spur of land and to Carlton Marshes.  Our friends in Beccles Twinning welcomed the Plaisirois to their town and guided them on a tour of the Town and the Church Tower after which refreshments were enjoyed.

The final evening was spent dining together at the Masonic Hall.  We were pleased to have the Mayor of Lowestoft and his wife dining with us and receiving gifts sent from the Mayor of Plaisir; gifts were also exchanged between the Chairs of the Lowestoft Twinning and Plaisir Twinning Associations.

The following morning, at an early hour, the Plaisirois were waved off by their hosts, following the usual group photograph taken with the coach.

A coach will be leaving Lowestoft during the first week of the school Easter holidays in 2023. If anyone would like to travel with our group or join in local activities, please do email lowestoftplaisirtwin@hotmail.co.uk or telephone Richard on 01502 723648. 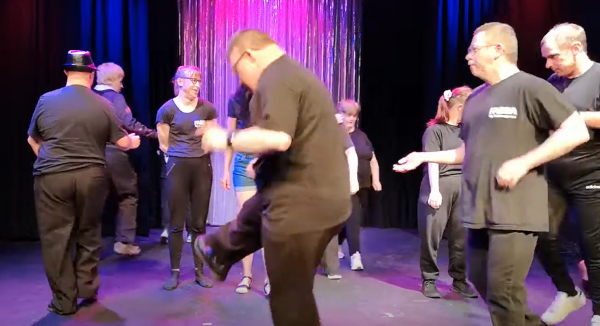 The first night included evening entertainment from FABBA and other acts 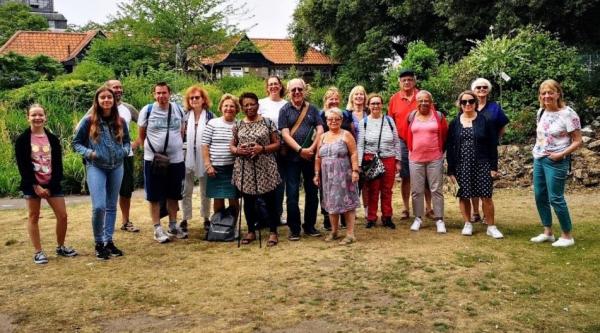 Kensington Gardens was also visited to celebrate its centenary year 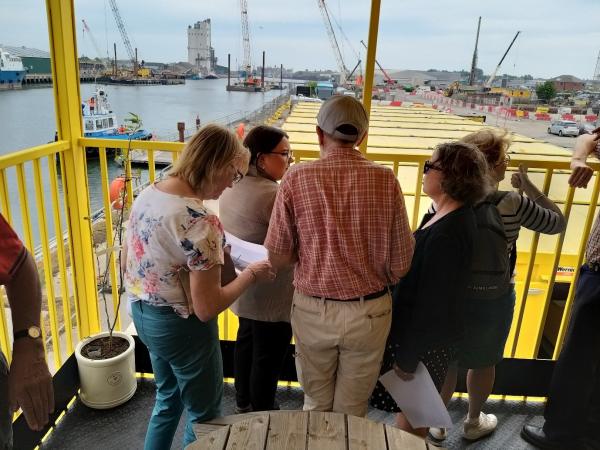 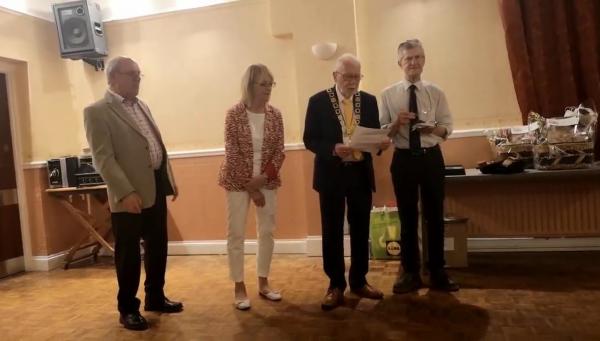 The final evening included a speech by Cllr Alan Green, Mayor of Lowestoft (centre right) and the receiving of gifts 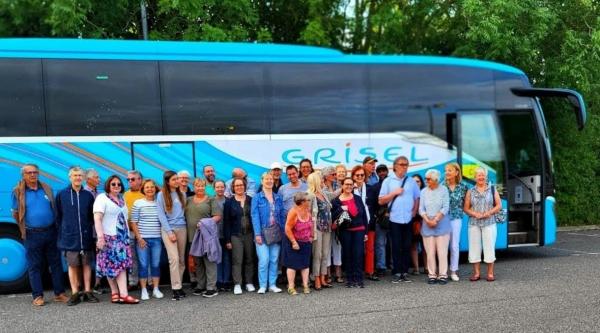