Following Sunday’s Remembrance Service and Parade, the Royal British Legion Lowestoft and District Branch were awarded the Freedom of the Town of Lowestoft by the Mayor of Lowestoft Councillor Alan Green. Also in attendance for the award ceremony were the Lord Lieutenant of Suffolk, Clare Countess of Euston, Sgt Major Philpott, Battery Commander, F (Sphinx) Parachute Battery Royal Horse Artillery whose soldiers had lead the parade and members of the Town Council and British Legion Branch.
On making the award, the Mayor said that the Lowestoft and District Branch was formed in the same year as the Royal British Legion was formed and was one of the earliest branches in the Legion’s existence. Ever since then, Lowestoft has had a close and proud association with the Royal British Legion. The town and its people have kept the spirit of Remembrance alive throughout that time, so that the sacrifices made by servicemen and women are not forgotten.
The Mayor also stated that the Legion is not just about remembering the two World Wars where the number of survivors dwindles each year and memories are fading but the Legion also works for servicemen and women who have been involved in more recent conflicts providing financial, social, and emotional support for current and former servicemen and women and their families and how, in this centenary year, it was his absolute pleasure that the branch will be honoured for its lifetime of commitment and service.
In response, Phillip Turner, Chairman of the Royal British Legion Branch said they were overwhelmed with the honour and recognized that the work of the Lowestoft and District Branch was due to the commitment of all branch members. 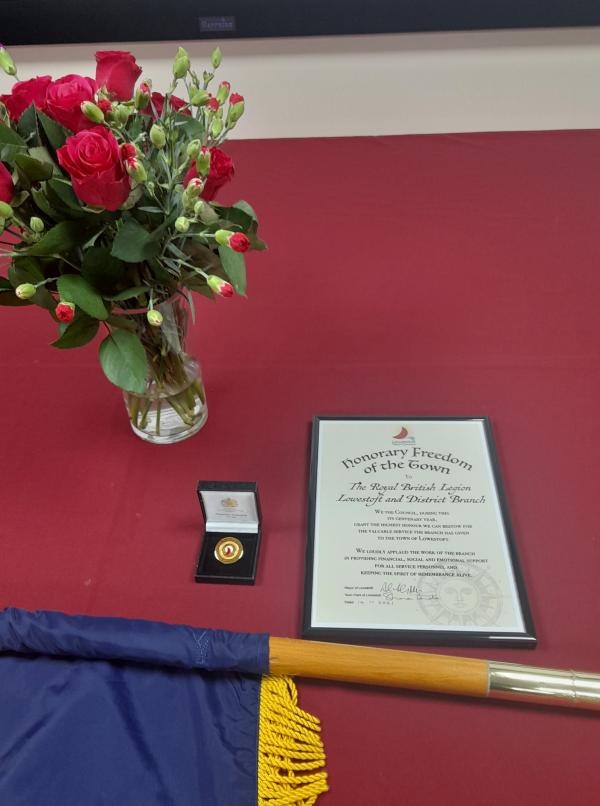 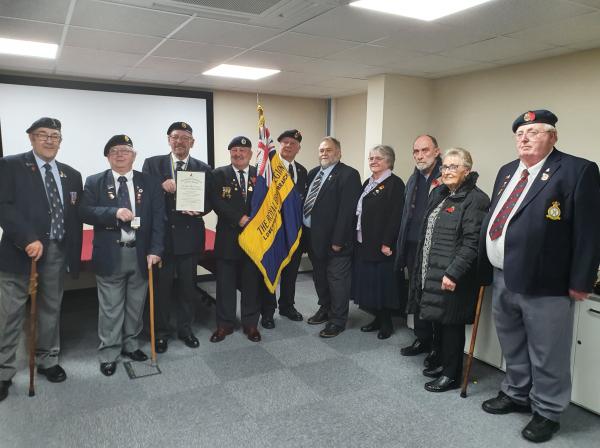