The Mayors of two coastal communities have exchanged messages of empathy and commemoration to mark the 80th anniversary of wartime bombing raids, which destroyed historic churches in Plymouth and Lowestoft. The exchange of messages between Cllr Chris Mavin, Lord Mayor of Plymouth and Cllr Alan Green, Mayor of Lowestoft was encouraged by local aviation expert, Bob Collis.

The Mayor of Lowestoft, noted, “May our mutual losses never be experienced again and the people of both Lowestoft and Plymouth continue to enjoy the freedom our service men and women fought so hard to achieve for us.”

To mark this historical event, Bob Collis will be presenting his talk 'The Night the Church went up' (Pakefield) The Story of the night of 21st April 1941, on the 80th Anniversary today, 21 April 2021, at 7:30pm. This talk will be available to view on Lowestoft Archaeological and Local History Society Facebook Page. 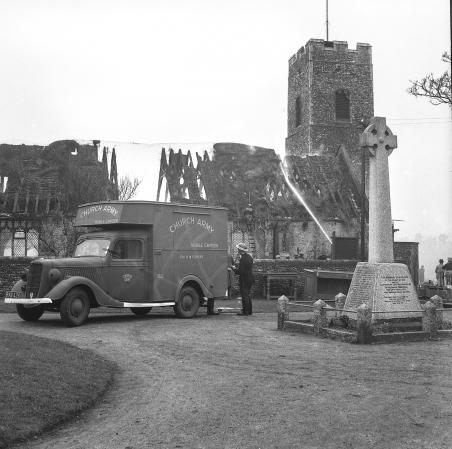