Lowestoft Town Council were delighted to collaborate with East Suffolk Council and Waveney Norse to install a "Happy to Chat" bench in Kensington Gardens which was officially launched today.
Cllr Alan Green, Mayor of Lowestoft, alongside fellow councillors and representatives from East Suffolk Council, Norse and Friends of Kensington Gardens attended the launch of the bench which encourages people to sit and talk to each other, surrounded by the beautiful gardens.
The Council are pleased to support such an initiative in one of its parks, with its aim of supporting the well-being of the people in Lowestoft. 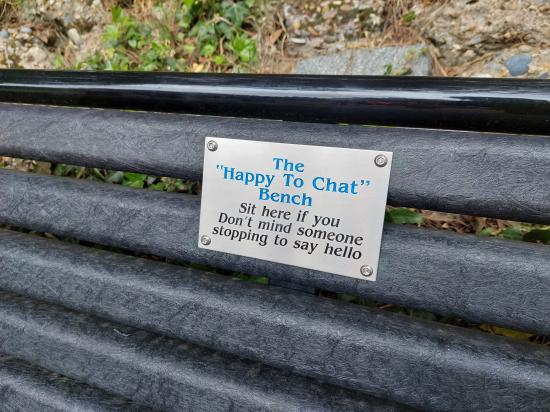 The plaque on the bench reads: "The 'Happy to Chat' Bench. Sit here if you don't mind someone stopping to say hello" 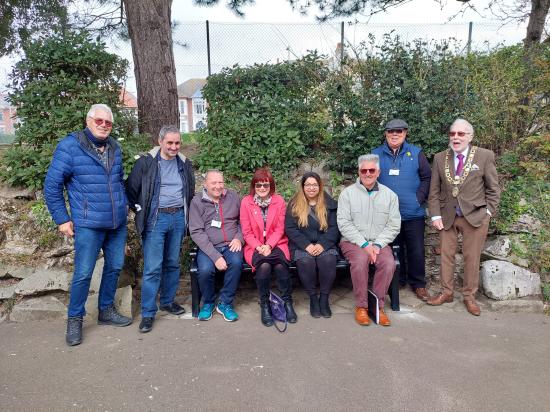