On Wednesday 23 June 2021, the Mayor of Lowestoft, Cllr Alan Green met with lead organiser of the Lowestoft Rubbish Friends, Mike Nursey, at the Ness Park to present equipment for use by the group’s growing number of volunteers. The Lowestoft Rubbish Friends is a group of volunteers who help to clean our parks and public spaces of litter, including backstreets and pathways, throughout Lowestoft. East Suffolk Norse donated the equipment to Lowestoft Town Council as part of a scheme they have funded to provide vital kits to Town and Parish Councils. 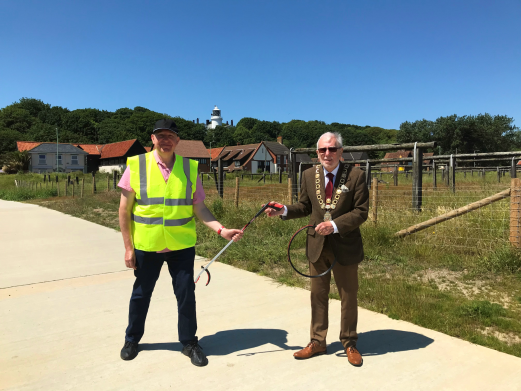