On Saturday 19 June 2021, Mayor of Lowestoft, Cllr Alan Green attended, ‘Lowestoft 1945: The Year the Lights Came Back On’, to make a surprise announcement to local historian Christopher Brooks that he had been awarded Freedom of the Town of Lowestoft. Nominated by the Lowestoft Evacuee Association, the award recognises Mr Brooks’ dedicated contribution to the Association over the past 30 years. Fittingly, this was also the first live event held at the Marina Theatre since the pandemic. The Town Council would like to thank all at the Marina Theatre and the Evacuee Association for making the evening such a success.

The award will formally be bestowed on Mr Brooks, and two other recipients, later this summer. 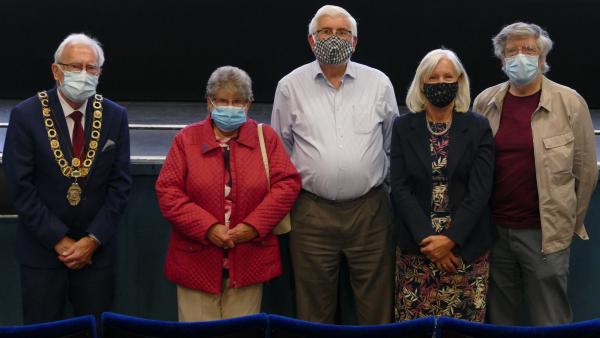