Over 70 young people entered the competition which saw a wide range of inspiring black people celebrated. Entries championed historical figures such as Rosa Parks, Mary Seacole and Katherine Johnson through to contemporary figures such as footballer Marcus Rashford, musician Lizzo and YouTuber Niko.

The judging panel, made up of three Lowestoft Town Councillors, Lowestoft’s Olympic Boxer Anthony Ogogo, Sally Connick from Get Suffolk Reading and Head Judge Mr Gary Harewood, were impressed with the high standard of entries.  The Judges were particularly inspired by the overall winning entry, written by Poppy from Dell Primary school, who wrote about her Nan who is “always ready to help”.

“[My Nan] is a strong, independent woman who does so much for anyone” wrote Poppy about her “kind natured”, “caring” and “mysterious” Nan.  “I hope one day I will be just like her and share her spirit”.

Mr Gary Harewood and his wife Natasha alongside Lowestoft’s Deputy Mayor Cllr Nasima Begum presented the prizes for the top entries in the year 3-6 category, awarding prizes to Poppy, Jackson, Mehmet, George, Austin and Kirushanya, and to Joel in the under year 2 category.  Each winning entrant received two books donated by Get Suffolk Reading and a £50 book token from Lowestoft Town Council with Poppy, the overall winner, walking away with a signed photo from Anthony Ogogo.

This year also saw the introduction of a new perennial shield for the event, which was awarded to Dell Primary School.

Speaking after the event, Mr Harewood said “Thank you and congratulations to everyone who took part in this year’s competition.  I’m looking forward to being a part of next year’s event and seeing how this competition grows”.

Anthony Ogogo said, “What a lovely thing to do. It was amazing to see the range of inspiring black people being celebrated.  All the entries were fantastic and I’m honoured to have been asked to take part. Everyone should be very proud.”

Lowestoft Town Council wish to thank everyone who took part in this year’s competition, especially everyone who submitted entries.  Thanks to a generous donation by Get Suffolk Reading, everyone who entered the competition will receive a copy of Marcus Rashford’s book “You are a Champion” as a thank you for taking part.  Thank you also for the support from Lowestoft Library and to everyone who helped with the judging panel.

The competition will be running again next year with details to be announced in the new year. 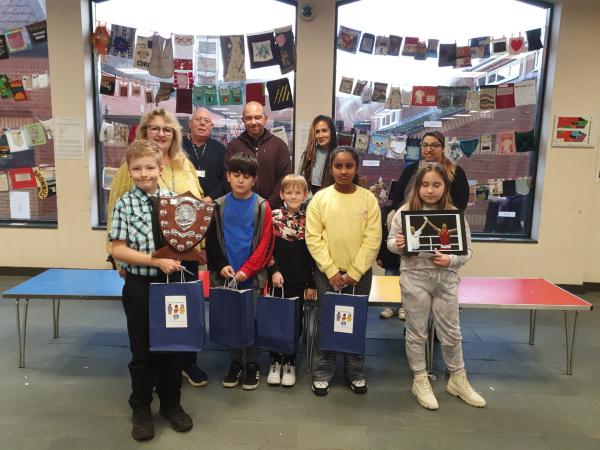 Above: Some of the winning entrants from Dell Primary collecting their prizes 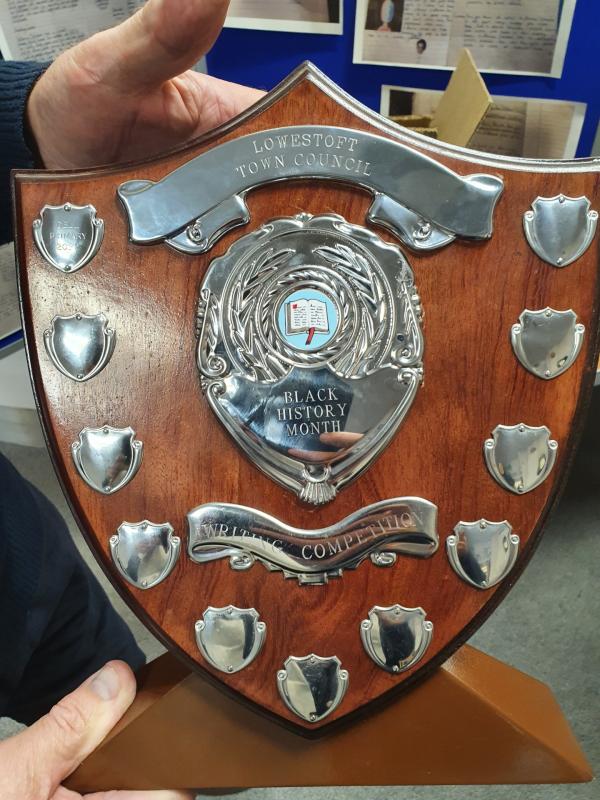 Above: The new perennial shield, awarded to the winning school, was collected by Dell Primary School 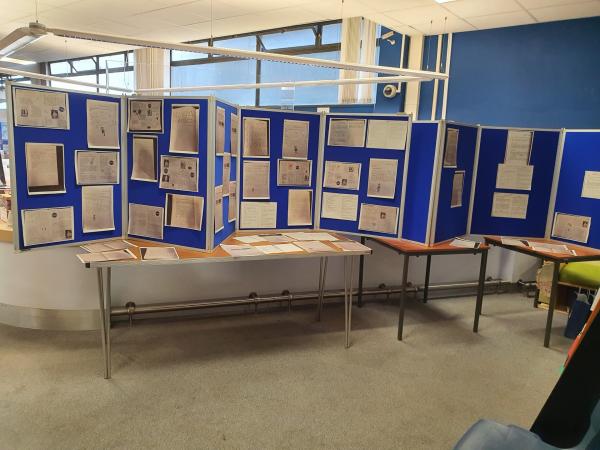 Above: Over 70 young people entered the competition this year with all the entries displayed in Lowestoft Library